Detecting Water and Coal Ore on a Conveyor Belt

A very large Coal Exporter wanted to automate the water plows on the conveyors leading up to the coal shiploaders. The client wanted to only operate the plow when water was detected, not when the coal was present. This was to stop the water being transferred onto the ship

We used a 20kHz acoustic transducer directly over the top of the conveyor, to detect a presence or absence of material on the belt. To detect the difference between water and coal (solids), we used a very low frequency 10kHz acoustic transducer, mounted on a 60 degree angle aimed at the trough (bottom) of the conveyor belt. The 10kHz transducer is so powerful that the signal bounces and reflects off the top of the water showing a “longer distance”, but will detect coal, iron ore, even fines, or other solids,that can be transported by conveyor as a “shorter distance”. When the conveyor starts up and the 20kHz transducer detects a level on the conveyor, and the 10kHz detects a “longer distance”, it means that there is water present and the water plow is operated to remove the water. As soon as the 10khz transducer detects a “shorter distance”, it means that coal or other solids are present and the plow is lifted off the conveyor. This is a very simple solution for detecting the difference between water and solids on a conveyor to automate water plows. 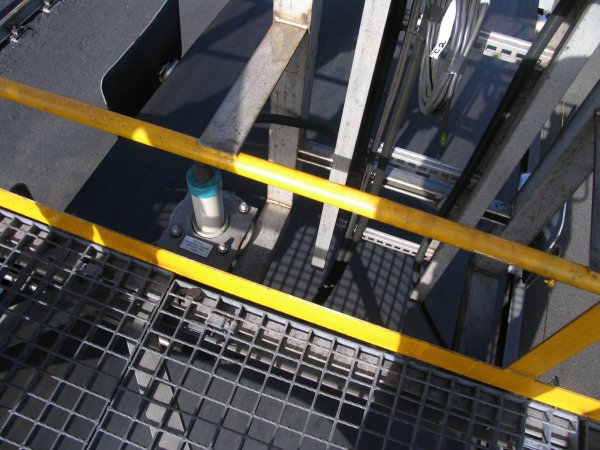 The Sultan is a powerful non-contact Acoustic Wave transmitter for level, flow, positioning, and collision protection. This…