A major coal export mine wanted to automate their tailings thickeners to reduce operator influence in controlling the underflow pumps and chemical dosing.

The mine just installed and commissioned their ORCA sonar bed level transmitter on their third tailings thickener. The sonar provides control of the underflow pumps in conjunction with the underflow density transmitter. The sonar also provides supplementary control for the clarometer flocculant dosing to provide overall improved utilisation of the thickeners which has decreased downtime in the coal preparation plant due to high turbidity water.

The tailings thickeners efficiency has improved due to feedback on settling characteristics from the sonar transmitter.

The ORCA sonar has its own automatic scum cleaning system that is guaranteed for 5 years. Commissioning time required for the sonar was 10 minutes. 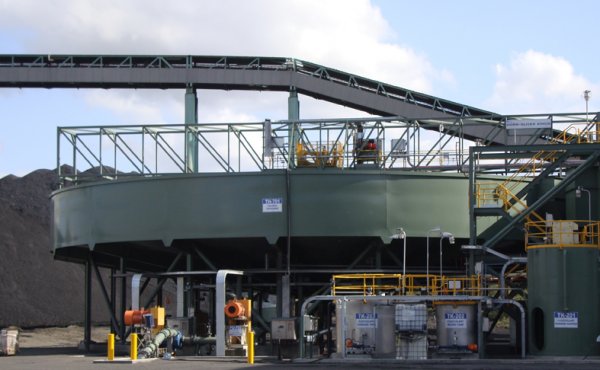