Application problem
The client had blanket carry-over problems, which affected his EPA licence. The decant range was 0-1500 mm (0-60”)

Comments
We installed our floating Sonar transmitter, with auto scum cleaner, close to one of seven launders in the tank. During aeration the sonar transmitter, detected a high level blanket in suspension. Once the aeration period had stopped, the blanket settling was detected. Once the blanket had setted 1 m (3.2 ft) below the liquid height, the launders were introduced and decanting started.

Solution
Using the ORCA floating sonar stopped carry-over into the launders. Automating the decant phase, based on the blanket settling, increased efficiency and saved time during the settling phase.

Changing levels due to decanting, high suspended solids and often agitation due to aeration or surface agitation. 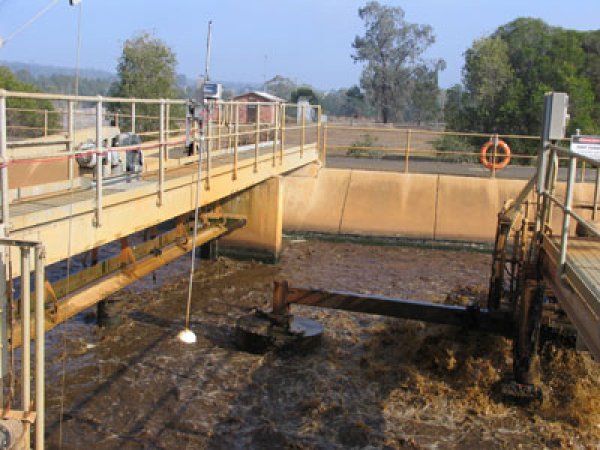